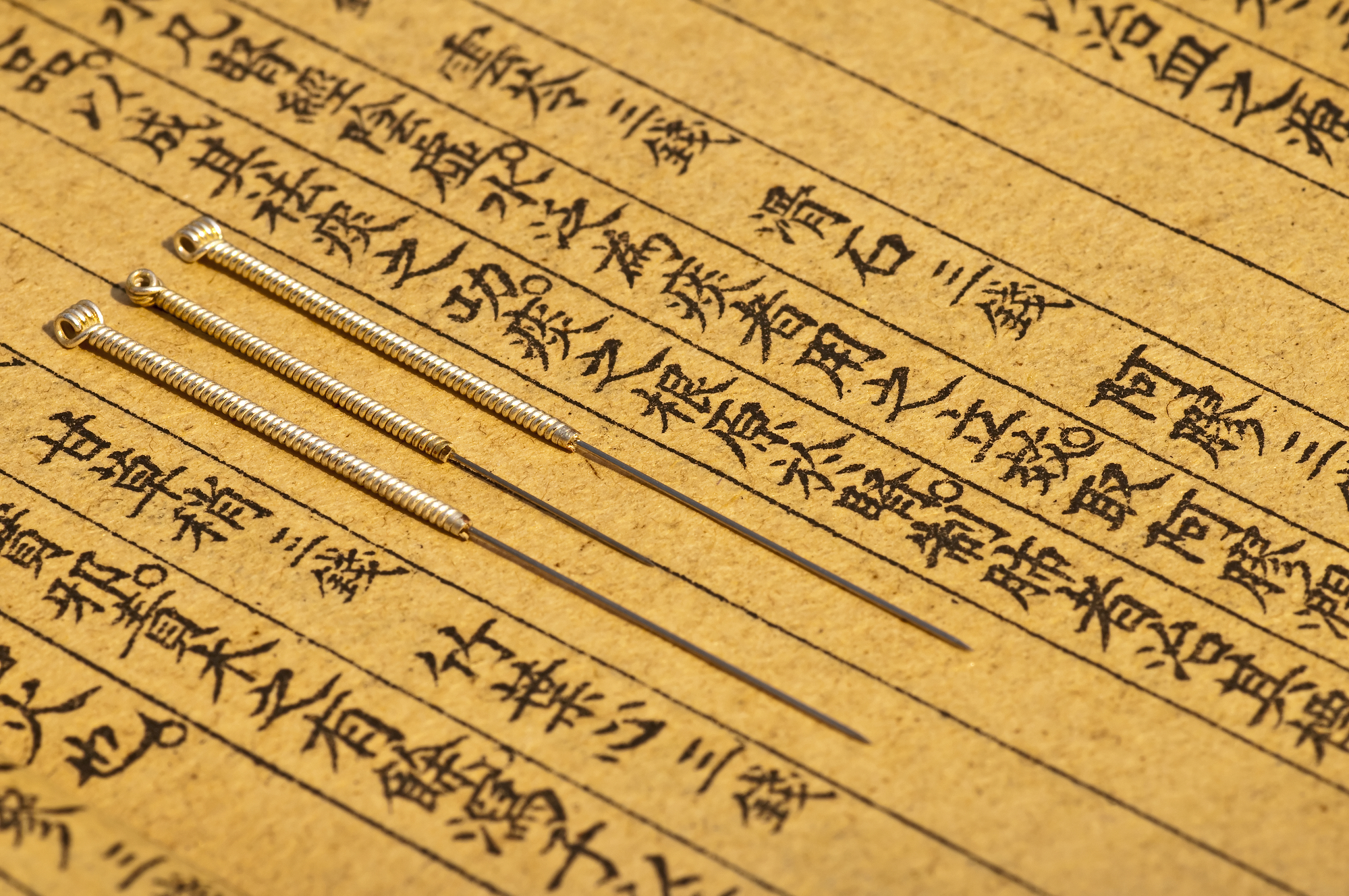 I recently gave a paper at the annual conference of the Society for Philosophy in the Contemporary World. It was a bit of a stretch for me, as I’d not done work like this since, at least, my thesis in acupuncture school. Careful thinking is hard, and I can’t say I even did that wonderful a job. However! People seemed interested in the material – and it frankly spawned a love for scholarship in me that I’d thought dormant.

More on that another time.

In this paper, I’m looking at some important differences among practitioners of East Asian medicine, particularly in the US (though originating in many ways in China) and – perhaps – making an overly bold distinction between more classically oriented and more integration oriented practitioners. I’m not interested in this paper in discussing whether that distinction makes sense, and especially not whether this has any relevance for the medicine itself.

One thing at a time, folks.

Instead, I concern myself chiefly with how this distinction has relevance for how we conduct ourselves as practitioners of acupuncture. What’s our culture like? How do we guide one another, ethically? How do we interface with social and political structures in our world? How should we structure our education? What do we believe about our involvement in biomedically oriented systems like insurance? What is important to us, and how do we interact as Professionals seeking to build a robust Profession?

I’d like to share the paper in a few pieces over the next couple of weeks. I’ll be updated and annotating the paper in ways it wasn’t when I gave it at the conference. I’m hoping, actually, to develop it into the intro chapter for a longer work to come in 2018.

It’s important for you practitioners and advanced scholars in the audience to know the audience I intended for this work.

I anticipated an audience that had absolutely ZERO grounding in East Asian medicine – even folks that had never even heard of acupuncture. Further, I knew I would be talking primarily to analytically trained Philosophers who are largely interested in political philosophy, ethics and other socially relevant theoretical topics. Finally, I intended this to be the beginning of a bigger piece – so many things are intentionally simplified and left a bit thin for development later.

With all of that in mind, I give you the first part of three, wherein I set up the topic and argue for a basic distinction within the acupuncture profession.

I begin with two definitions of terms that I will use frequently in the paper. First, Technological Bio Medicine (TBM) is more commonly referred to as Western medicine, biomedicine, modern medicine, and for many people, just “medicine.” This is the dominant form of medicine in the US, and most nations worldwide. I use the term biomedicine because of conventional medicine’s dependence on contemporary research in the biological sciences. It is “technological” because it is largely reliant on modern technology in order to do continuing primary research as well as for the basic work of diagnosis and treatment of disease.

The second term I will use frequently is East Asian Medicine (EAM). EAM is the healthcare practice that includes the use of acupuncture, Chinese herbs and other modalities by practitioners who are utilizing theoretical foundations developed historically in China, Japan and Korea. EAM is a less common term, you may also find this medicine called Traditional Chinese Medicine (TCM), just Chinese medicine, or sometimes just by reference to a particular modality in the system, like acupuncture. EAM is the kind of medicine you are most likely to encounter when you visit an acupuncturist in the United States.

East Asian medicine (EAM) is a profession built on thousands of years of active practice, scholarly discourse and cultural adaptation.

It was the dominant form of medicine in most of Southeast Asia from the earliest days of Chinese civilization up through the 1950s, and continues to be an active practice with a broad presence in the contemporary medical systems of many countries worldwide. As technological bio-medicine has risen in prominence and institutional entrenchment around the world over the last 200 years, some EAM practitioners have sought to integrate EAM and TBM perspectives on medicine with varying levels of success.

This integration work began in China, starting most visibly in the early 1900s and reaching a particularly persistent manifestation with the Chinese government’s encouragement of the creation of Traditional Chinese Medicine (TCM) during the Cultural Revolution (1966-1976). Note that this historical account is a simplification – most certainly the developmental path was not as simple as pre-Maoist and post-Maoist as scholars like Volker Scheid have convincingly discussed.

This modernized form of EAM continues to be the dominant institutionalized form of EAM in China and Taiwan, as well as the US and UK. During the process of creation of TCM in the 190s in China, the medicine was simplified to make it easier to teach and learn, and purged of its more esoteric aspects such as discussion of ghosts, possessions and spirits. At the same time, the education of practitioners during this era began to incorporate more biomedical information and perspectives. Due to enthusiasm in China about the successes of TBM treatments in certain areas of healthcare, it gained dominance in the curriculum even within schools that focused on teaching EAM (Fruehauf 1999).

As an example of a commonly used integration of the two medicines, consider one of the most essential bodies of knowledge used by any medical practitioner – an understanding of human anatomy.

Traditional EAM anatomical study focused on the course of the acupuncture channels, on bony prominences and other surface features of the body, or on what some practitioners call “energetic anatomy” and only secondarily on internal physical anatomy such as the size and placement of organs. Because of this, traditional Chinese anatomy before 1900 did not always accurately reflect what later detailed anatomical research revealed. So, when more anatomical information became available to Chinese medicine practitioners over the decades leading up to the Cultural Revolution, integration-minded scholars and practitioners began to utilize the information to understand traditional anatomy, and to render new, and sometimes more effective, treatments.

While integration of TBM and EAM has been embraced by many in the EAM profession, the enthusiasm is not universal.

Though nearly everyone in the profession recognizes the value of TBM, and we in fact spend significant time in our education studying various aspects of biomedicine, some resist the uncritical or too rapid integration of the two perspectives. Those acupuncturists who resist the urgent and complete integration of EAM and TBM often identify as practicing Classical Chinese Medicine (CCM). These practitioners tend to rely entirely on traditional systems of understanding and diagnosis, and generally do not seek to stay current on biomedically oriented research on acupuncture and Chinese herbs.

They are more likely than integration-focused practitioners to read the classical texts of Chinese medicine, and to actually employ the strategies in those texts in the contemporary medical environment.

The tension between these two perspectives – integrationist and classical – is a feature of the current EAM professional environment in the US. That said, of course, there are many practitioners who do not identify as one or the other. I’ve created an intentionally stark difference for rhetorical purposes. That said, I believe the tension can be seen in a variety of ways throughout the profession.

In this dynamic intellectual space, scholars and practitioners alike are engaged in debate about many aspects of medical science and the practice of medicine. Current questions being discussed in this environment include:

Some current debates in this area include:

All of these debates about integration are in their early stages. In particular, there has been relatively little progress made in the second area of research into aspects of professional culture.

The average curricula of EAM programs in the US spends 5% or less of its time focusing on this area, that includes time focused on medical ethics. Further, what EAM institutions teach lacks any real standardization. Typically it is a mixture of traditional Chinese medical ethics, contemporary debates in Western medical ethics and discussions on how to deal with commonly encountered ethical dilemmas in clinical practice.

Perhaps because of this lack of intentional work by the professional community, EAM in the US has begun to resemble TBM with regards to professional culture.

Our educational institutions, for example, follow the same basic flow of most biomedical institutions. We start with basic sciences, engage in laboratory work,
work with cadavers and more recently, schools are emphasizing specialization and post-graduate residencies. This is not the way that EAM was conveyed before 1900. Exam preparation is less intense than in TBM, but similar in character. Many EAM institutions have adopted the use of white lab coats and conventional professional attire in their clinics, based on the assumption that these marks of professionalism are desirable for EAM practitioners if they are for TBM practitioners.

While I only list a few examples here, a longer presentation could list dozens of ways in which EAM in the US is mimicking TBM with regards to its professional culture.

As I have mentioned before, cultural adaptation is common in the history of EAM as the fundamental theories and practices travel outside of the birthplace of the medicine. So, why am I so concerned about the gradual morphing of TBM professional culture into EAM?

Both education and post-graduate clinical practice in TBM is notoriously stressful, involving extremely long days and high emotional, physical and financial pressure. A recent analysis by the American Medical Association (AMA) determined the rate of depression among medical students is 27.2%, in excess of the rate among the general population which is between 7 and 10%. Additionally, the completed suicide rate among practicing physicians is estimated to be around 400 a year – significantly higher than most studied professions.

This is just one example of the difficult problems that exist in the TBM field, but it is enough to encourage me to advocate for much more care and intention as we proceed through the full formation and maturation of the EAM profession in US.

Instead, I propose we in the profession build on the foundations that are already present in the medical literature and traditions of EAM. I proceed by analysis of the oath that the majority of US acupuncturists take during graduation proceedings, asserting that using it as a basis for overt professional formation will confer important and unique benefits to both practitioners and patients. I conclude by examining just one of the principles I derive from the oath in some detail, imagining how it might change EAM practice for the better.